On July 28th,  former directors of the ACLC BC Branch- Roger and Louise Prouse were presented the Sovereign’s Medal for Volunteers. The medal ceremony took place in White Rock, BC by Ms. Kerry-Lynne Findlay-Member of Parliament for South Surrey-White Rock, BC. ACLC President Cathy Bach proudly presented life time membership awards to the ACLC for Roger and Louise. What is the Sovereign’s Medal for Volunteers? Any living person who is a Canadian citizen and who has made significant, sustained and unpaid contributions to their community in Canada or abroad is eligible. The ACLC BC Branch is so proud of Roger and Louise and their dedication to the BC Army Cadet program.

Louise Prouse volunteered with the 2290 RCACC as the Support Committee Secretary and Volunteer Coordinator in 1986 to 1989. In 1992, Louise became the Support Committee chair and a member of the ACLC BC Branch Executive Board. She fulfilled many roles including Executive Director, Secretary, and Honours & Awards Representative. She was instrumental in organizing the annual Pillars Conference for many years. Louise is an advocate of ensuring our BC Army Cadets are recognized for their service and coordinated many awards for the ACLC BC Branch and RCSU(P).  Her knowledge in awards and bursaries are extraordinary, and a result many of our BC youth were recognized for their efforts. In 2014, Louise assisted in organizing the Vancouver Vimy Parade Committee, to help honour our Canadian Veterans.

Roger Prouse dedication to the Army Cadet Program began in 1953, as a cadet in 2290 RCACC. After many years in the Primary Reserve and the Supplementary Reserve list, Roger took his commission and joined the Cadet Instructor Cadre. He served with 2290 RCACC and was the Commanding Officer of 72 RCACC. In 2003, Roger retired from the CIC and began to volunteer with the ACLC BC Branch. Roger served as the Executive Director for 5 years and in 2009 he was elected Vice-President. His attention to detail and dedication earned him respect of his peers. In 2013, Roger became the Zone Chair for Surrey, BC and as a director for the ACLC BC Branch. In addition to the volunteer work with the ACLC BC Branch, Roger was also appointed as the Cadet Governor for the Commanding Officer Committee of the BC Regiment and served on the Board of Directors of the BC Regimental Association. Roger is a strong mentor to others based on his wide-reaching history within the Army Cadet Program. 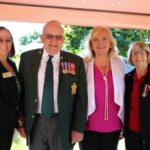 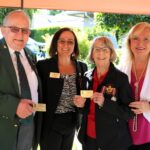 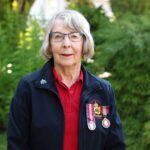 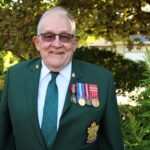 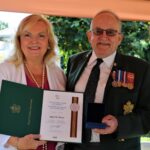 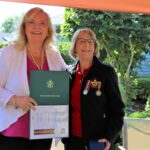